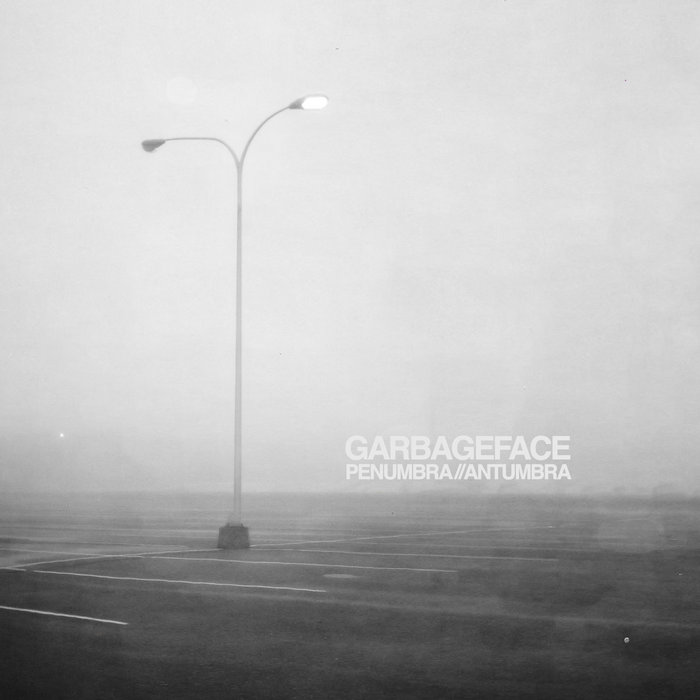 Throughout P//A, the boatman Garbageface takes us on a guided tour deep into the in-between places. He takes us through misty parking lots and blood-soaked battlefields, panic attacks and prayers to the universe. Garbageface shows us indecision, uncertainty, and a moral haze. He shows us terror – deep and black and existential, as the gilded path slips away into unseen shadow. He shows us strength – the strength to deal with failure, to grow and come through stronger on the other side.

The album leaves us on the cusp of revelation, where the shadow meets the light. Garbageface can guide us through the in-between, but then it is up to us – each of us, individually, and in every moment of our lives – to answer the question, what lies beyond? Once we have torn down our masters, our worlds, ourselves, what will we build next?

this album was written, performed, and recorded by garbageface in peterborough, ontario, from spring of 2020 to the summer of 2021. it was mixed and mastered by jon epworth in victoria, british columbia in september of 2021.

this album features contributions from the following friends and strangers: jon epworth provided a very crucial sample of a chainsaw cutting down a tree; tyler martin performed and recorded guitars for umbra and atmospheric tension throughout antumbra at sabretooth sound; michelle lovegrove-thomson performed and recorded clarinet parts which were effected, stretched, and added in a variety of places. dan poole contributed various guitar noises and bits of radio interference which were sprinkled throughout both sides; mark kreuger made a field recording of the golden gate bridge and allowed it to be used judiciously.

this album contains two voice samples — graffiti artist jim joe, and occult author colin wilson (rip) — both of whom have been influential on the substance of this work.

this record was partially funded by the electric city culture council through the arts week shift 2 program. garbageface is also supported by skelt krew, and listeners like you.

thanks to some.
curses to others.

this record is for mike von gunten.
wish you were still here. we miss you.